My life as I knew it changed forever back on April 1, 2009. I remember being in the emergency ward with my family, and just waiting for the unknown. The doctor began to ask my mom a bunch of questions about general knowledge. You know, questions like “what day is it?” or “who is the current president of the United States?” Those questions were simple enough and I think she answered those correctly. It wasn’t until he asked her to repeat a sentence of his, and she failed, that I knew that something was terribly wrong.

My mom had been acting funny for the past few weeks. She would spend a lot of time just sitting in bed and be lost in a constant daze, not saying a word. When someone would ask her “Mommy, are you okay?”, she’d just look back at us blankly and say “I’m fine”.
It’s as if she knew nothing of what we could see. She had no awareness of how she was acting and that she had experienced a change. I think back now, as an almost 30 year old woman, that maybe she did know, and she just wanted to protect us from it. That she was aware that something was off, but she figured that she couldn’t do anything about it, so she just clung to her faith, and allowed the doctors to make the right decisions on her behalf.

That evening in the small room on the emergency ward, the doctor came back in to share results of the MRI scan that my mom had to do. “Mrs. Bean, you have a very large tumour in your brain” he says. Or something to that end. And then I just remember my mom listening intently and nodding her head as the doctor explained the next steps. When I heard those words my world crashed around me. My first love, my confidant, my protector, the woman who gave me life, was under attack. Therefore, I was now under attack.

It’s incredible now just reflecting back and realising the exact moment that I shifted into survival mode, and transformed into the role of protector. I sternly told the child within me to go away and hide until we had this situation that had come to intrude our life handled. Truthfully, I had always played an active role of a protector, being a big sister, as well as being a natural empath. However, this moment in my life would emphasise that role within my being, and largely shape the woman that I’ve become today.

The next few weeks after my mom received the news that she had a brain tumour were a whirlwind. She and my step-dad (context: I’m lucky to have 2 dads that played active roles in raising me) had flown to Boston so that she could receive top medical care. I don’t know what her days were like during that time, as my sister and I stayed back in Bermuda, holding down the fort at home. I heard that it wasn’t pleasant and that my mom experienced numerous seizures. I’m actually so grateful now that as children, we were protected from a lot of this knowledge. I can only imagine what my dad was feeling, sitting alongside his wife, and trying to support her as best as he could during this new journey.

My sister and I were track athletes growing up, and headed off to compete in the Carifta Games in St. Lucia, a championship meet for all the top track and field youth athletes from the Caribbean region. There was so much chaos going on in our worlds with our mom being sick, so I think that although this was a confusing time, the trip added a much needed distraction. I was competing in the 1500m that year and was trying to break my previously earned junior national record time, as well as earn a place on the podium with a top 3 finish. I had just missed a place on the podium battling through the line the previous year, finishing 4th, and crying into my mom’s arms right afterwards. I knew that this year I wanted to change that. With my role as protector, and my mom’s battle with stage 4 brain cancer as my motivation, I was starving to claim what I felt was rightfully mine.
I gave everything that I had to that race, and was triumphant in gaining a new junior national record time, and a 3rd place finish and spot on the podium.

I remember I got to speak with my mom on the phone after the race, it was one of the few times that I was able to speak with her. My heart floods with love as I think of the strength that it must’ve taken to speak with your child, and let them know that everything’s gonna be okay.

“Mommy is so proud of you” she said, as I shared about my 3rd place finish in the race. There was a peace that overcame me as she shared those words. It was a proud moment for me because I got to let her know that I was doing my part as protector, and doing my best in my running and school work, so she didn’t have to worry about me while she was getting treatment.
That conversation with my mom was so important for me, and to this day is one of my fondest memories. (Context: I’m sharing my feelings and thought process as a 17 year old girl. I now understand that there was so much within my thinking that was incorrect for a child to take on).

After we returned home from the Carifta Games, we began to continue a normal schedule…I think. Actually, I have no idea how we passed the time.
Before we left for the trip, my mom’s cousin had stayed at the house with us, and would continue to pop by to check on us. She would have us laughing and smiling during a time that wasn’t so bright. We decided to call her Nanny because of her new role, and the loving title has stuck to this day. My brother returned home from university, and for my little sister and I, the world was now a bit better because he was back home with us. Just imagine the feelings you’d have as a 21 year old young man, coming home from college early, to face such a tragedy. My heart weeps for the 3 young people in this story (I mean my life).

A significant memory that I have from this time was all of us going to church one Sunday. Everyone was looking at us and wanted to give us hugs and extend their kind words and prayers for us and our family. That kind of attention feels like you’re the stars of a circus or a freak show, because you don’t want to be getting attention for something like this. Anyway, I remember us going to the front of the church, and being surrounded lovingly by church leaders and other members of the congregation as they prayed over us. We were all crying, sobbing even, as our hearts cried out to God during this prayer. I remember looking over, and seeing my big brother with tears in his eyes; we were all really desperate for a miracle.

My sister and I were back at our house one day when the phone rang. I instantly got a knot in my stomach while writing this, because I can vividly remember the tragedy of what came next. My dad was on the phone and he asked both my sister and I to get on the line. “Guys, I have some bad news” he said. His voice was cracking with sadness but he tried to speak as clear as he could. “Mommy is not going to make it”.
My sister instantly dropped to the floor and started crying. I clung to the phone and replied “What? What do you mean she’s not going to make it?!” The fear, the aggression, the sadness in all our voices was indescribable. The eery feeling of defeat that lingered for the rest of the day is something that I would never wish on anyone. Again, my heart weeps for anyone that has experienced the loss of a loved one, and in this case, a child that has lost a parent.

We were off to Boston the very next day, to be with our dad, and say our final goodbyes to our mom. Those few days spent with her alongside a few of our loved ones were just what we needed. Picture it: your entire world is crumbling around you, and there’s literally nothing that you can do to stop it from happening. So with that, the impact of sharing a quick meal in the hospital cafeteria with your family or singing off tune to your mom while she rests in a semi-coma, becomes so significant. Those simple moments become magic.

We were able to fly my mom back to Bermuda via air ambulance so that she could have her final moments with the rest of her loved ones, and be buried on the island when it was her time to go. It’s a miracle that she stayed alive during that flight back. And that she waited so that her mom could see her one last time. My significant “last moments” with my mommy were shared in this post. But I know that many of her other loved ones have their own and that is why I think she clung on for so long after the horrific day that we first heard that something was wrong.
This post shares my interpretation of a significant time in my life that has impacted me greatly. It’s not the whole picture, but I hope the snippet can offer some insight into why I created Big Girl Panties. I’m not offering you any advice here. Or asking for your support. I’m simply sharing a bit of my truth.

Be well & I hope you stay awhile!

What Grief taught me about Covid-19

White Elephant in the Room 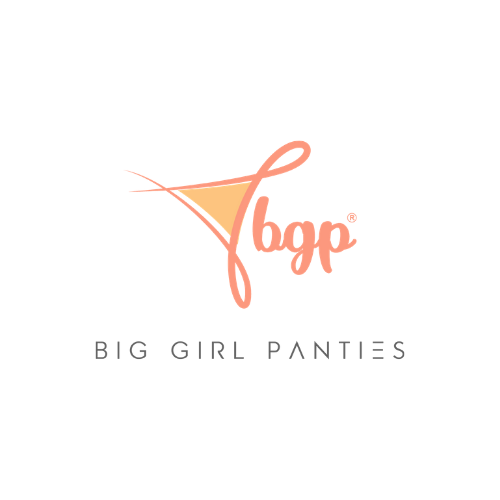